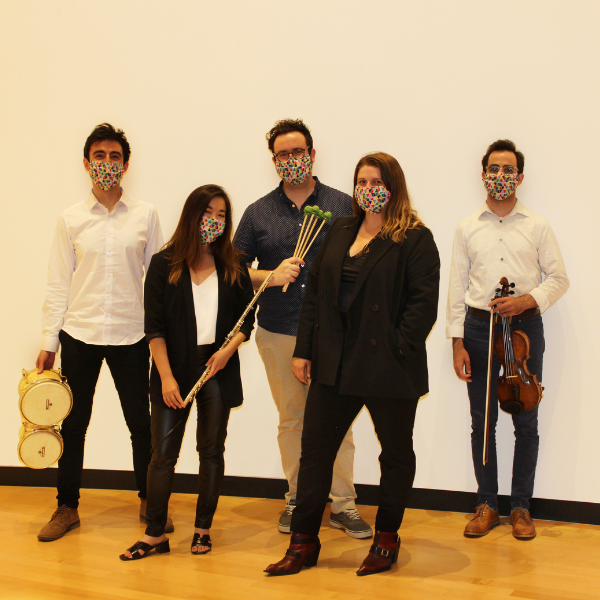 The word liminal comes from the Latin word limen, meaning threshold – any point or place of entering or beginning. A liminal space is the time between the ‘what was’ and the ‘next.’ It is a place of transition, waiting, and not knowing. Classical music audiences have been dwindling for generations due to loss of interest in 2021’s fast paced world. Liminal Space Ensemble leans into this rapid change and offers a new model for enjoying classical music with the belief that the future of our industry is in reflecting programming choices for diverse audiences, and showing that classical music is by and for everyone.

LSE was named the ensemble-in-residence at the Burchfield Penney Art Center and was invited to San Francisco to perform at the Hot Air Music Festival in 2020. During the pandemic, LSE moved their programming online and hosted two full-length virtual concerts, eight virtual trivia nights, and participated in the inaugural Queen City Quarantine Concert presented by Rise Collaborative.