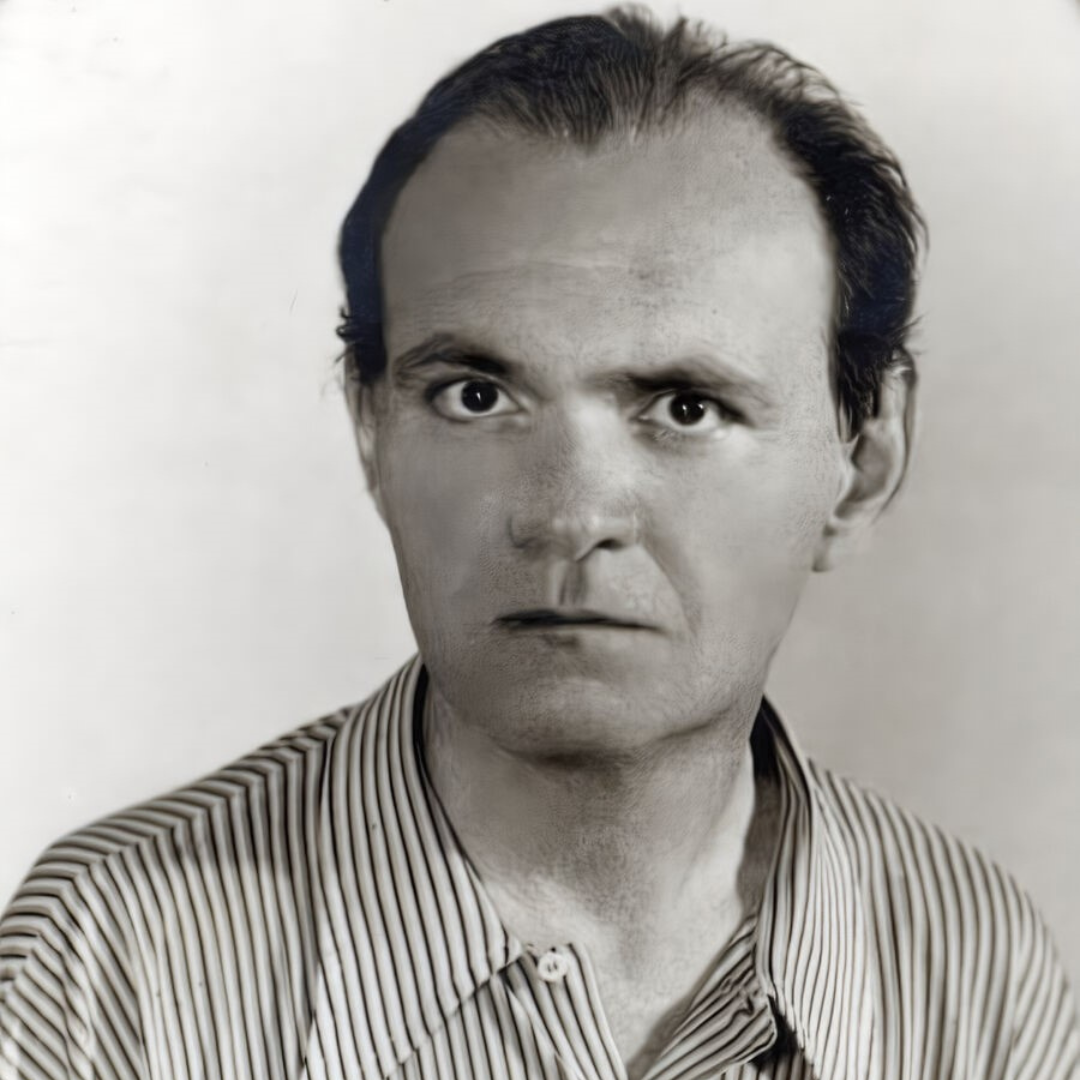 Florestan Recital Project presents a program of piano and vocal works by composer and Holocaust victim Marcel Tyberg. This concert is FREE to attend – click here to reserve tickets.

Sponsored by the Marcel Tyberg Legacy Fund at the Foundation for Jewish Philanthropies and the Buffalo Philharmonic Orchestra.

Marcel Tyberg and the BPO

After decades of obscurity, a composer and Holocaust victim is getting his due.

Marcel Tyberg (1893-1944) lived in Abbazia, Italy in the mid-20th century. He was known in the community for the compositions he wrote for local dance bands and for his prowess as a teacher. But his true passion was composing classical music. When his teaching and his commercial work were finished, he’d turn his attention to his beloved symphonies, sonatas, and trios.

As World War II intensified, Tyberg feared persecution due to his Jewish ancestry. He delivered his classical scores to a student and trusted friend, Henry Mihich. Shortly afterwards, Tyberg’s worst fears were realized. He was taken to Auschwitz, where he died in 1944.

Mihich left Italy for America several years later, and took the bag of scores with him. He settled in Buffalo and became a respected researcher and Director of the Grace Cancer Drug Center at Roswell Park Cancer Institute. For decades, he visited each music director of the Buffalo Philharmonic Orchestra and many of the guest conductors, trying to interest someone in bringing to light the works of his former teacher and friend. It was not until JoAnn Falletta’s tenure that he succeeded.

“I discovered a treasure — music that, while honoring the past Germanic tradition, pointed the way to a new era. The language was strong, individual and compelling,” said Falletta of her initial review of the scores. It was enough to convince her that the painstaking project of transcribing and copying the handwritten scores to create playable versions was worth the effort.

The BPO committed to a multi-year recording project of Tyberg’s works on the international NAXOS label. The orchestra partnered with the Foundation for Jewish Philanthropies which maintains a special fund, The Marcel Tyberg Musical Legacy Fund, to support the preservation, performance, recording and publishing of the works of Marcel Tyberg.

Recorded in 2008-2009, the BPO’s first Tyberg recording included his Symphony No. 3 led by JoAnn Falletta, and his Piano Trio, performed by violinist Michael Ludwig, cellist Roman Mekinulov, and pianist Ya-Fung Chuang. As the first Tyberg recording was released, word began to spread. The project was reviewed and profiled in many major publications, and the BPO began receiving requests from groups all over the world who wished to perform Tyberg’s works. But the most remarkable request came from a surprising source.

“Just as we were preparing for the release of our second Tyberg CD, we received a startling communication from the government of Croatia. Abbazia, now called Opatija, had been part of Italy in Tyberg’s lifetime, and is now in Croatia. The Croatians, excited by hearing our first Tyberg CD, were claiming him as their national composer,” Falletta said.

In November 2012, a Tyberg festival was held in Rijeka and attended by the president of Croatia. Just prior to the festival, the nationally syndicated radio program Performance Today broadcast the story of Marcel Tyberg and the BPO to more than 1.3 million listeners across the United States. At the festival, JoAnn Falletta conducted Croatia’s National Symphony Orchestra in a performance of Tyberg’s Symphony No. 2. Dr. Mihich, BPO board member Cindy Abbott Letro, and Peter Fleischmann of the Foundation for Jewish Philanthropies, were there to witness the fulfillment of their dream to bring recognition to a great man who had lived a quiet life and died a lonely death.

The second Tyberg recording was recorded in 2011 and released on the NAXOS label in August 2013. The recording featured his Symphony No. 2 conducted by JoAnn Falletta and his Piano Sonata No. 2 performed by pianist Fabio Bidini. It was Naxos’ best-selling new release on the week of its debut and has received acclaim from international publications. Although the Nazis succeeded in ending Marcel Tyberg’s life, they could not silence his voice. 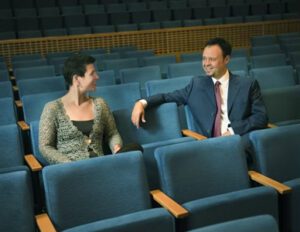 Florestan Recital Project engages audiences and artists in a broad spectrum of art song collaborations through performances, recordings, and mentoring. We are named for the fiery character of Florestan, one of the creative alter egos of composer Robert Schumann, who wrote of a basic mission: “to be remindful of older times and their works and to emphasize that only from such a pure source can new artistic beauties be fostered.” That message is at the center of our activities, generating projects that draw connections between art song of the past, present, and future.

Since 2001, Florestan has produced an array of recitals, festivals, and innovative performances of classical music for audiences from coast to coast. In 2008, Florestan Records was launched, initiating a varied and critically acclaimed catalog of world premiere art song recordings, many of which are available for free through streaming web audio. By offering a free, simple and user-friendly online platform for our recordings, Florestan offers professionally-produced releases that are accompanied by carefully researched program notes, biographical information on the composer and poets, as well as full texts and translations. We believe these works should be freely accessible to all audiences.

About Aaron Engebreth
Aaron Engebreth enjoys a varied solo career in opera, oratorio, recital and devotes considerable energy to the performance of established music and contemporary premieres, frequently collaborating with many of today’s preeminent composers. He is twice GRAMMY-Award nominated for Best Operatic Recording for his featured roles with the Boston Early Music Festival Opera and Radio Bremen.  In the U.S. he is frequently featured as a guest soloist on stages from Carnegie Hall, the Kennedy Center and Boston’s Symphony Hall, to international appearances from Sapporo Japan’s Kitara Hall to Le Theatre de la Ville in Paris and the AmBul festival of Sofia, Bulgaria. He has been a guest of the Tanglewood, Ravinia, Rockport and Monadnock Music Festivals as well as many of the country’s fine symphony orchestras. His recent New York City Opera debut as monodrama soloist in Argento’s A Waterbird Talk performed at Carnegie Hall, compelled the New York Classical Review to state, “Engebreth is a marvelous actor, capable of holding his character’s many facets and motivations in tension.”

As a recording artist, Mr. Engebreth is featured on over 25 commercially released recordings from the baroque to modern premieres, many with the Boston Modern Orchestra Project.  He produced and recorded The Complete Songs of Virgil Thomson with Florestan Recital Project and New World Records, which is garnering international acclaim. Other releases include the world premiere of the Six Early Songs of Samuel Barber and Libby Larsen’s The Peculiar Case of Dr. H. H. Holmes, both for Florestan Records and Jon Deak’s The Passion of Scrooge with the Firebird Ensemble.

About Alison d’Amato
Pianist Alison d’Amato (she/they) has been working in vocal and instrumental genres for more than twenty-five years as a collaborative pianist, teacher, and music director. Known as a trailblazer in the field of art song, she directs her passion for song’s rich history towards generating new music and merging its past with its present. In all her activities, Dr. d’Amato is dedicated to energizing relationships in music and bringing student’s love for their art to the forefront of their projects.

Alison has long explored projects that promote interdisciplinary collaborations and new approaches to the performer-audience relationship. In 2003, she became Artistic Co-Director of Florestan Recital Project, one of the earliest organizations to champion art song performances, recordings, and mentoring. Alison is currently Program Co-Director of “(art) Song Lab,” a unique collaborative intensive which brings together writers, composers, and performers to create new art songs.

Dr. d’Amato’s breadth of artistic experience has made her a valued partner in creative projects and an effective leader in several organizations. In 2017, she joined ArtsBridge as Co-Creator & Faculty for the Artsbridge Summer Art Song program, a college audition preparatory program for high school students that includes courses in song repertoire, poetry, performance masterclasses, and vocal coaching. She taught for more than 10 years at University at Buffalo, ultimately serving as Director of Music Theatre in 2021-2022. Dr. d’Amato was most recently appointed Associate Professor of Vocal Coaching and Coordinator of Vocal Coaching at Eastman School of Music, beginning Fall 2022.