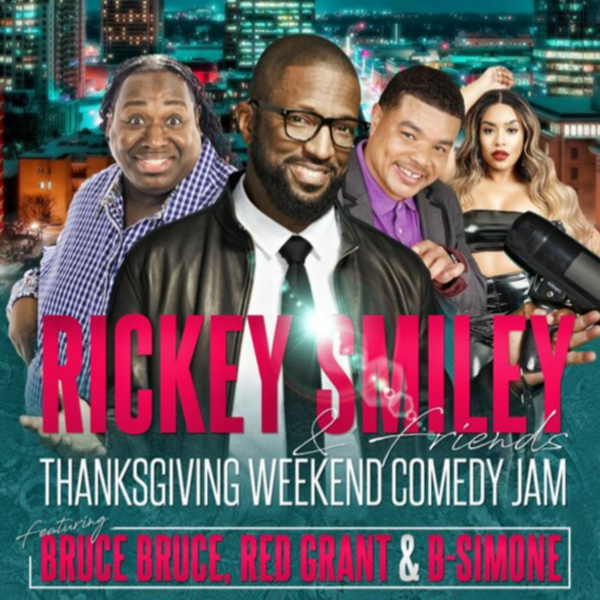 Comedy legend Rickey Smiley is the host of the top rated nationally syndicated “Rickey Smiley Morning Show,” and will succeed Tom Joyner in January 2020 as the host of his #1 urban morning radio show. He is known for having made millions laugh for over 27 years with his stand-up comedy & original characters, “Ms. Bernice Jenkins” and “Lil Daryl.”

Bruce Bruce has entertained audiences across the country young and old with his funny, larger than life comedic style.
Red Grant is a comedian and actor known for his infectious laughs and his outlandish comedy routine.
B-Simone gained her popularity as a recurring cast member of the show Wild ‘N Out on MTV, with over 4 million followers on Instagram and Facebook.

Get ready for a night full of comedy and laughter with Rickey Smiley and friends!