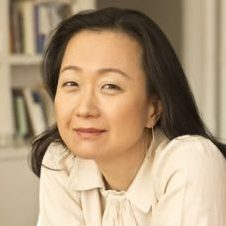 Min Jin Lee discusses her novel of a Korean family in Japan, “Pachinko.”

MIN JIN LEE’s debut novel, Free Food for Millionaires, was one of the “Top 10 Novels of the Year” for The Times (London), NPR’s “Fresh Air” and USA Today. Her second novel, Pachinko, was a finalist for the National Book Award for Fiction in 2017 and was named one of the “Top Ten Books of the Year” by The New York Times. Her short fiction has been featured on NPR’s “Selected Shorts.” Her writings have appeared in The Times Literary Supplement, Condé Nast Traveler, The Times (London), Vogue, Travel+Leisure, Wall Street Journal, New York Times Magazine and Food & Wine. Her essays and literary criticism have been anthologized widely. She served as a columnist for the Chosun Ilbo, the leading paper of South Korea. (Photograph of Min Jin Lee © Elene Seibert)