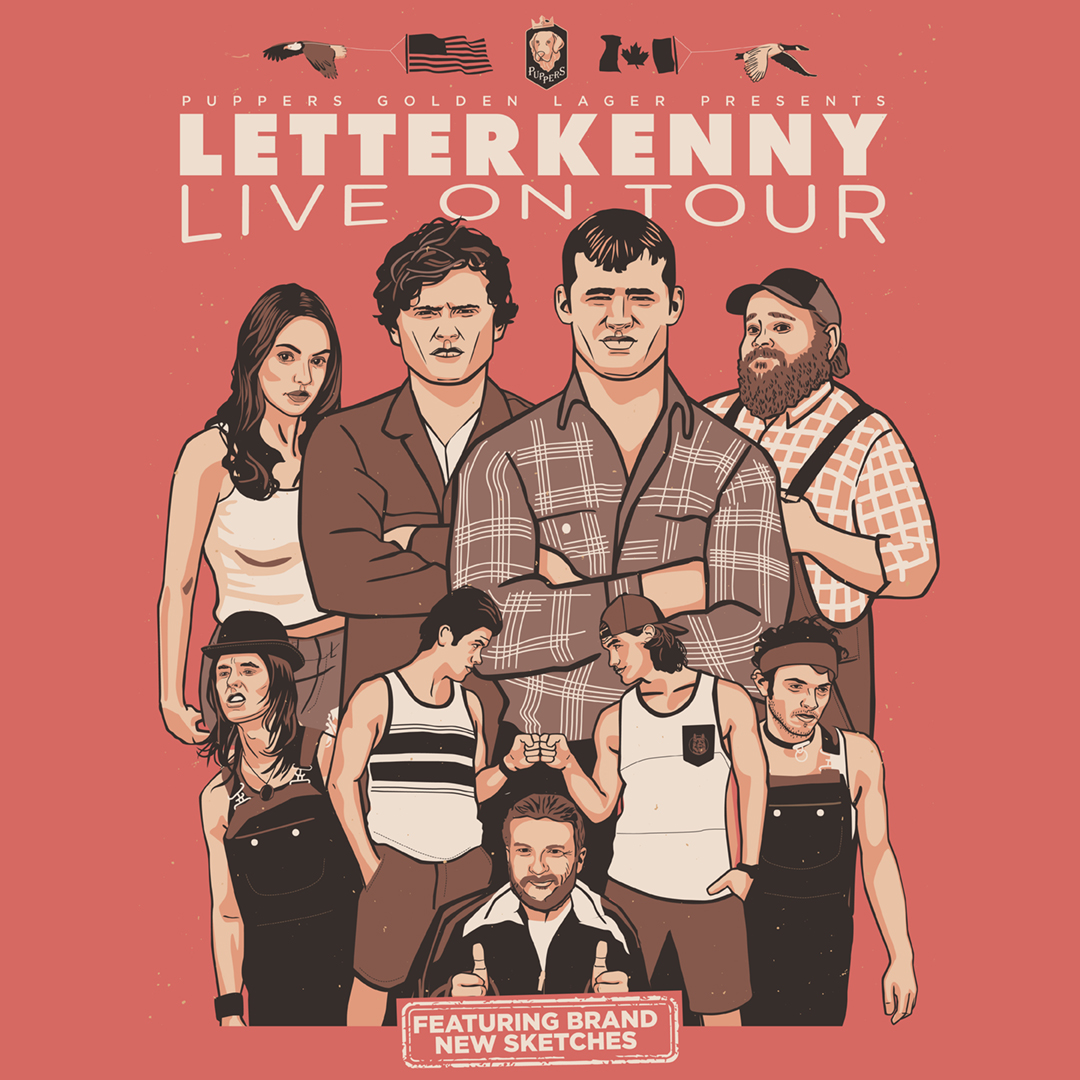 Kleinhans Music Hall welcomes Letterkenny LIVE! on February 7, 2022. Tickets go on sale Friday, July 23 at 10am EST. All tickets for the original date will be honored. For more information, please contact the Kleinhans Box Office at (716) 885-5000.

The stars of the wildly popular award-winning Crave Original Series LETTERKENNY have announced their return to the stage for the first time since March 2020.  Following an unprecedented year that profoundly affected people worldwide and brought live entertainment as we know it to a halt, “LETTERKENNY LIVE!” will return in 2022 bringing the all new, acclaimed 90-minute comedy experience first launched in 2020, back to cities across North America. Featuring NINE of the beloved cast members along with never-before-seen sketches and more, the tour marks its return with the announcement of new shows in New York, Chicago, Vancouver and more as well as rescheduled dates and new venues (see below for a complete list of dates, cities and venues). The highly anticipated live event, is produced by New Metric Media and presented by Puppers Premium Lager.

**Note: Q&A will be rotating cast members, no specific cast member is guaranteed and questions will be curated by VIP host based on questions sent ahead of time.