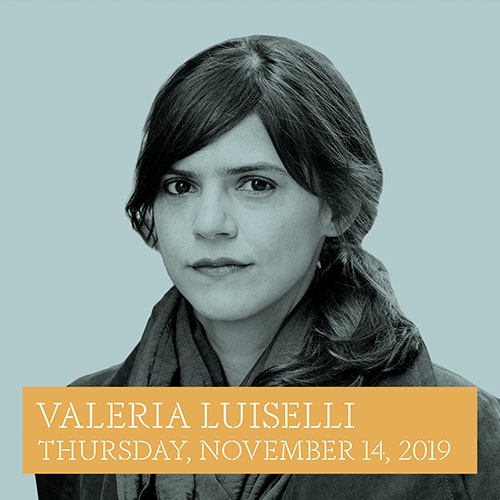 Just Buffalo Literary Center’s acclaimed BABEL series brings four of the world’s most important authors to Buffalo each year, engaging local audiences, attracting guests from across the country and Canada, and creating a global literary conversation right here at home.

Valeria Luiselli was born in Mexico City and grew up in South Korea, South Africa and India. An acclaimed writer of both fiction and nonfiction, she is the author of the essay collection Sidewalks; the novels Faces in the Crowd and The Story of My Teeth; Tell Me How It Ends: An Essay in Forty Questions; and Lost Children Archive. She is the winner of two Los Angeles Times Book Prizes and an American Book Award, and has twice been nominated for the National Book Critics Circle Award and the Kirkus Prize. She has been a National Book Foundation “5 Under 35” honoree and the recipient of a Bearing Witness Fellowship from the Art for Justice Fund. Her work has appeared in The New York Times, Granta, and McSweeney’s, among other publications, and has been translated into more than twenty languages. She lives in New York City.