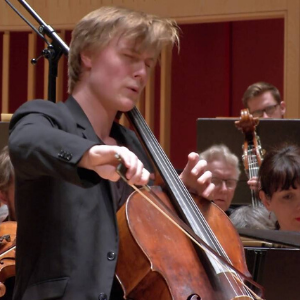 Danish/American cellist Jonathan Swensen first asked to play the cello at the age of six, after watching his father Joseph Swensen conduct the Elgar Cello Concerto. After a year of convincing his parents that he would practice the instrument if given lessons, he began his studies. In 2017 he made his concerto debut performing none other than the Elgar, with his father conducting the Porto National Symphony Orchestra in Portugal.

The Gift to the Community Recital Series is made possible through a grant from the Cameron and Jane Baird Foundation.