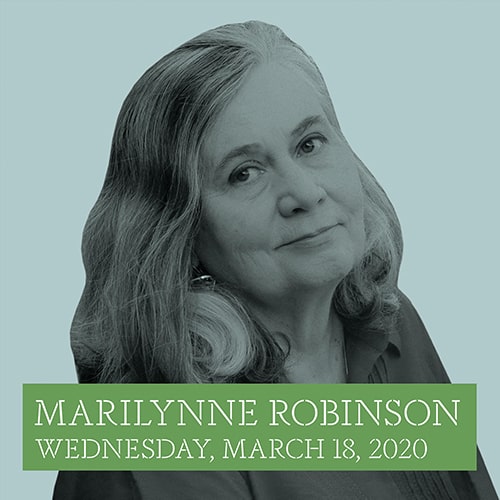 Just Buffalo Literary Center’s acclaimed BABEL series brings four of the world’s most important authors to Buffalo each year, engaging local audiences, attracting guests from across the country and Canada, and creating a global literary conversation right here at home.

Marilynne Robinson is the recipient of a 2012 National Humanities Medal, awarded by President Barack Obama, for “her grace and intelligence in writing.” She is the author of Gilead, winner of the 2005 Pulitzer Prize for Fiction and the National Book Critics Circle Award; Home, winner of the Orange Prize and the Los Angeles Times Book Prize; and Lila, winner of the National Book Critics Circle Award. Her first novel, Housekeeping, won the Hemingway Foundation/PEN Award. Robinson’s nonfiction books include The Givenness of Things, When I Was a Child I Read Books, Absence of Mind, The Death of Adam, and Mother Country, which was nominated for a National Book Award. She teaches at the University of Iowa Writers’ Workshop and lives in Iowa City.